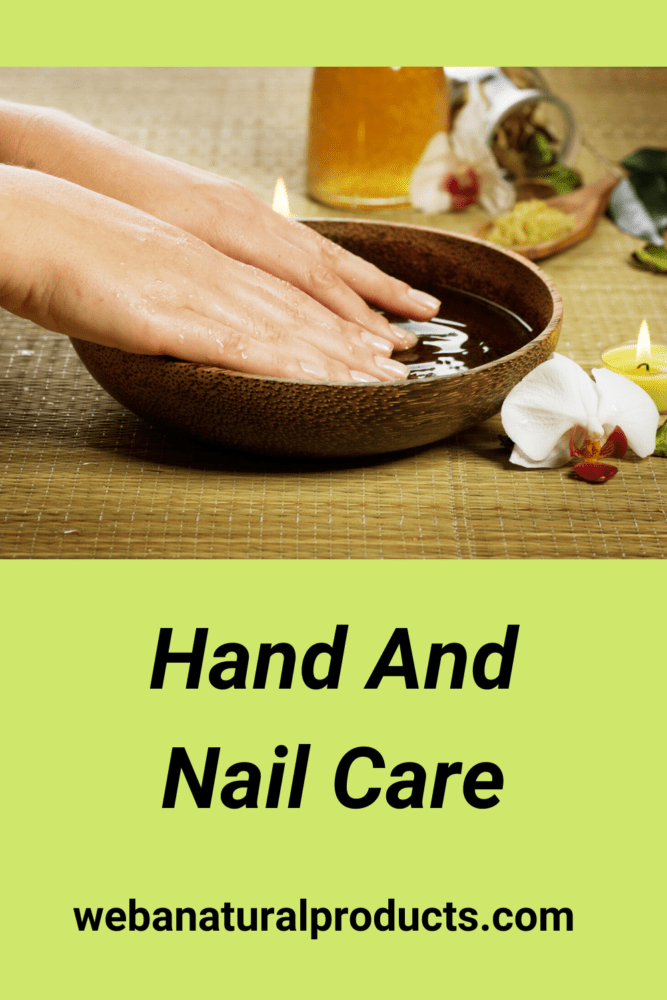 Now more than ever, you may find it necessary to practice a little hand and nail care. Constant hand washing, exposure to excess sunlight and other irritants, can leave hands dry, red and irritated. Learn what to do and what not to do when it comes to your hands and nails.

The skin on the hands

The skin is one of the largest organs in the body, with three layers – the epidermis, the dermis and the hypodermis. While the skin on the palm of the hands is thick, the skin on the back of the hands is the thinnest on the body. Because it is the most frequently exposed part of the body, it is a common area for photoaging and conditions like eczema and psoriasis from exposure to environmental stressors.

While dry, chapped hands are a very common condition, there are many ways to prevent and/or treat them. It is particularly important for those whose professions require them to have their hands in water all of the time – from dishwashers to nurses and surgeons. Many of the detergents and solvents used in washing and disinfecting the skin also tend to dry it out. Here are a few suggestions for maintaining healthy skin on the hands:

The Basics of Nail Anatomy

Like the skin on the hands, fingernails can suffer from too much exposure to environmental stressors. Frequent hand-washing, for example, can leave nails thin and prone to tearing. Exposure to solvents like acetone and gel manicures can also weaken the nail. Like hair and other parts of the body, nails are composed of keratin, a fibrous protein that grows out from the lunula, or the visible portion of the matrix. Caring for nails helps them serve their function of protecting the nail bed from foreign substances and pathogens. It also protects the fingertips. What many people don’t know is that the nail is even more permeable than skin. While our skin can absorb 50-70% of what we put on it, the nail can absorb substances, too. It’s important to know how to care for this important part of our anatomy. We’ve included a few suggestions below to get you started:

By taking just a few steps to keep hands and nails healthy, you can avoid the discomfort of dealing with dry, cracked skin and nails. A little care can go a long way. 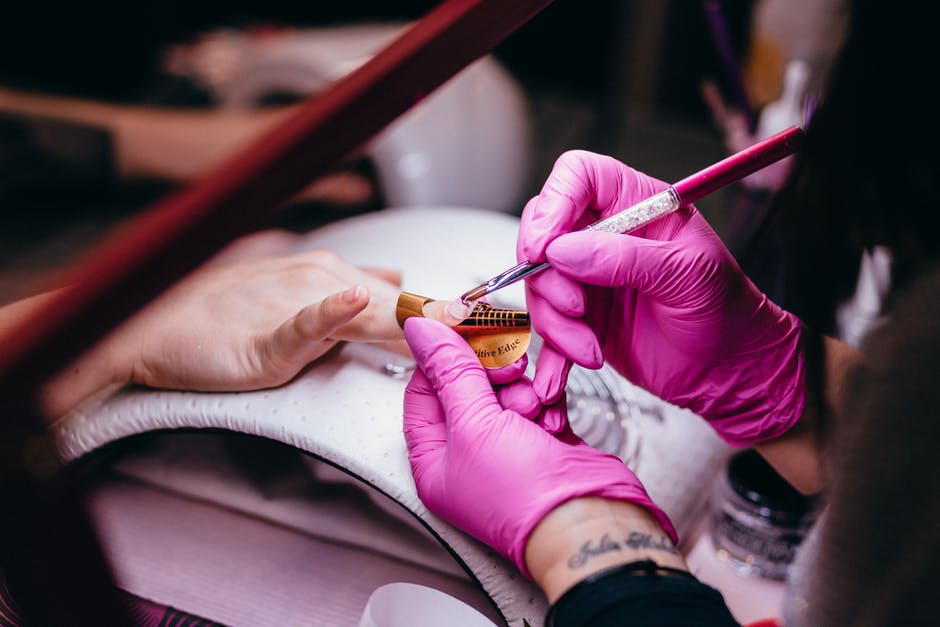 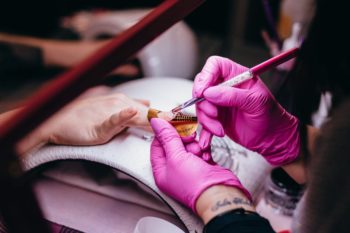 When it comes to doing something as simple as painting your nails, your first thought isn’t whether or not you could be doing harm to yourself. But the reality is that the chemicals in nail polish are harmful to everyone who uses them, especially those who are repeatedly exposed to them. To keep yourself and those around you safe, choose polishes that are not made with the following five chemicals: dibutyl phthalate, toluene, formaldehyde, formaldehyde resin, and camphor.

DBP is used in nail polish to minimize chipping. Classified as endocrine disruptors, phthalates disrupt and mimic estrogen. DBP’s are proven to impair the hormonal development of male fetuses, cause organ damage and lead to early-onset menopause.

Though there has never been DBP testing done on humans, animal testing has shown that DBP decreases fertility, causes hormonal disruption, bioaccumulation, and liver damage. The European Union banned DBP in cosmetic and personal care products, and the Australian government currently classifies DBP as a risk to the human reproductive system. Although the United States government does not classify DBP as a reproductive and hormonal toxicant, the state of California does.

Toluene is a chemical ingredient that makes nail polish have a smooth application and finish. It is found in most nail polish removers. Toluene fumes are highly toxic and studies have shown that exposure to toluene can cause neurological damage, decreased brain function, impaired breathing, hearing loss, and nausea. If inhaled too frequently by pregnant women, impaired fetal development may occur. Testing on animals has also shown that that toluene is linked to reproductive impairment, immune system toxicity, and blood cancers like malignant lymphoma.

The European Union has banned the use of toluene in personal care products, including nail polish. In California, toluene is on the state’s Prop 65 list of chemicals that are harmful to fetal development.

Formaldehyde is the chemical in nail polish that hardens and strengthens it. It also preservative that protects against bacterial growth. Formaldehyde is naturally produced by the body in incredibly small amounts and at a low level, is not dangerous. But, exposure to large quantities of formaldehyde can cause throat, nose,and blood cancer.

Nail salon workers and their children are especially at risk for chronic health problems caused by formaldehyde, including asthma, convulsions, nausea, and miscarriages. Repeated exposure can cause a build-up of fluid in the lungs and cause abnormal fetal development in pregnant women. The European Union allows only limited use of formaldehyde in personal care products, while Japan and Sweden have banned it completely.

Camphor is the ingredient in nail polish that gives it its glossy, shiny appearance. Camphor is not as toxic as the other four ingredients mentioned, and can sometimes be found in vapor rubs or nasal sprays.

However, the safety of camphor has recently been called into question. It has been shown to trigger severe skin irritation and allergic reactions when applied topically, and inhaling its fumes can cause nausea, dizziness, and headaches. Observational studies have also linked camphor exposure to organ damage, such as liver dysfunction. Camphor in personal care products is limited to a concentration of 11% in the US, and it is being phased out in markets within the European Union.

If you do want your nails painted, look for a brand that is at least free of DBP, formaldehyde, and toluene but aim for one free of all the five hazardous chemicals. Nail polish brands such as Zoya, RGB, LaCC, Ella + Mila, Priti NYC and Kure Bazaar are all brands that formulas are free of all the five above mentioned chemicals.